The Sioux Falls Development Foundation (SFDF) has worked with the City of Sioux Falls (City) for the past year to establish a Tax Increment Financing District (TIF) at Foundation Park. The TIF will help create 460-acres of shovel-ready industrial land located primarily north of the rail tracks. When the Park was created in 2015, the SFDF partnered with a consortium of banks to establish a line of credit to be able to construct the infrastructure necessary to develop the southern portion of the Park. The SFDF intentionally left the northern portion undeveloped until there was enough demand to justify development.

With the announcement from Amazon, the Foundation Board determined it needed to begin developing the area north of the tracks to be able to accommodate additional large users on non-rail sites. In consultation with the City, the SFDF began the process of establishing TIF District #23, the Foundation Park North TIF.

Essentially, the TIF allows the SFDF to utilize the future growth in property tax revenue from the district for TIF eligible expenses. The process involves establishing the assessed base value of all the property within the district before improvements and an assessed value after infrastructure build-out and private investment. The difference between these two values is referred to as the increment. Companies that build in the district pay 100 percent of their property taxes. These new tax revenues, the increment, are used over time to directly finance the TIF eligible costs within the district.

TIFs are a strategic process to finance large scale developments like Foundation Park North. It will provide the SFDF with developable land to sell, allow us to work with the City over time to install infrastructure, and provide for marketable shovel-ready sites moving forward. By having the infrastructure completed, we will create an ideal situation for additional tenants in the future.

Included in TIF eligible costs are site grading, access roads, sewer and water lines, drainage plans, detention ponds, electrical and gas line extensions, and an economic competitiveness fund to allow for flexibility within the district for future prospect needs. Grading on Foundation Park North could begin as early as this fall; with completion of all infrastructure planned by 2025.

In short, being able to use Tax Increment Financing to introduce 460-acres of shovel-ready industrial land at Foundation Park takes our community to the next level. It allows our community to be competitive in attracting, retaining, and expanding businesses in Sioux Falls. Additionally, it allows the SFDF flexibility when negotiating with companies and planning for future land acquisition.

I commend Mayor TenHaken and Councilors Brekke, Erickson, Jensen, Kiley, Neitzert, Selberg and Soehl; and City leadership for their willingness to partner with the SFDF to support economic development in Sioux Falls. This is an exceptionally busy time for the SFDF. Thank you to Bob, Dean, Denise, Mike, Cory, all the SFDF team, our bank consortium – First PREMIER Bank, CorTrust Bank, First Bank & Trust, First Dakota National Bank, The First National Bank in Sioux Falls, Great Western Bank, MetaBank/Central Bank, and U.S. Bank; and all who help us make things happen. Keep up the good work. 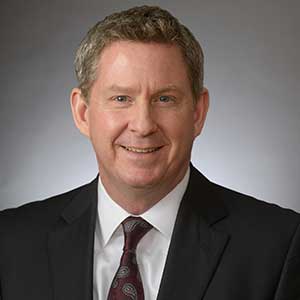