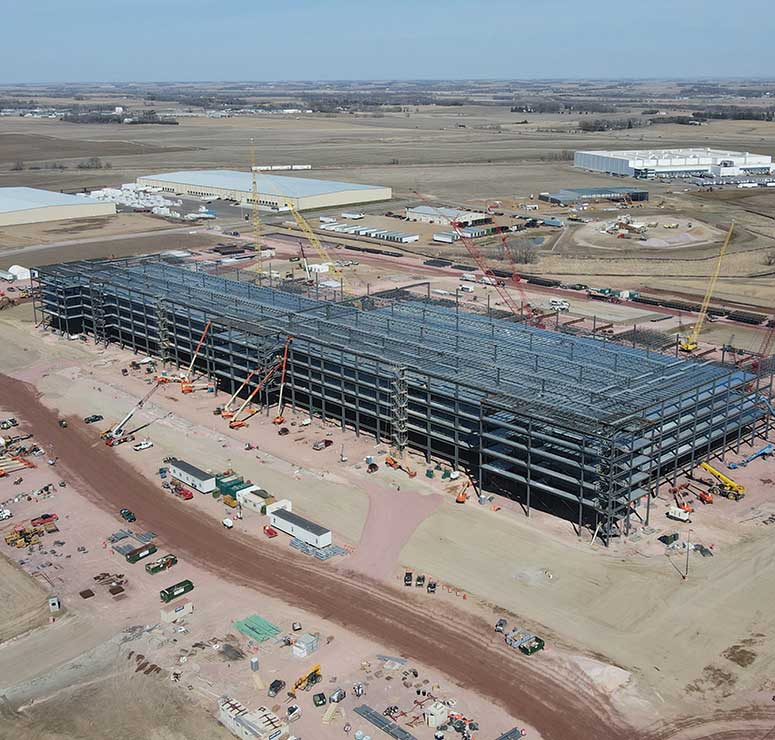 The momentum at Foundation Park continues as represented by the following activities.

Amazon – If you are anywhere near the northwest part of Sioux Falls, you certainly will see Amazon’s distribution center breaking the skyline. It seems this enormous building is being erected in record time, with several hundred local contractors on site.

Win Chill – Foundation Park’s anchor tenant continues to grow and expand. Their current expansion will add an additional 125,000 square feet of cold storage warehousing and represents their third phase since breaking ground on 54 acres in May of 2017.

Grading – It seems this is a never-ending task at Foundation Park. If you are out near the Park you will notice continuous grading. The grading will open more land for sale and potentially new tenants soon.

CJ Foods/Schwans – Engineering and site plans for this 700,000 square foot facility on 140 acres continue to move forward. This project will require infrastructure to be installed north of the railroad tracks. In the coming 12-24 months expect to see roads, water, sewer, utilities, fiber and again plenty of grading taking place.

Pipeline – We remain extremely pleased with the level of prospect activity and inquiries received with interest in Foundation Park. We would not be surprised to see more announcements as we enter spring and summer this year.