When Joe Brummel’s wife and two teenagers didn’t turn him down immediately, he knew the idea that had been brewing in his mind might have the chance to become reality.

“When COVID hit, we couldn’t help but notice that in the Twin Cities it was lockdown central and a lot of unreasonable considerations, and in South Dakota right next door, we kept hearing about a different approach,” said Brummel, who has lived in the Twin Cities most of his adult life.

“And so we just paid more and more attention to it.”

He’s the owner of two businesses – Strategic Retirement Partners, an SEC-registered investment adviser that helps employers set up group retirement plans and guides employees through using them – and Plan Sponsor Roundtable, an interactive education forum for employers that oversee and run retirement plans.

“I had built a team in the Twin Cities, and we were adding clients in the Upper Midwest, including South Dakota, and I realized South Dakota was growing, and there was an opportunity to do more here,” Brummel said. “I felt South Dakota was going to be best served by someone from my team being on the ground here, and it turned out that was me.”

But first, the spring break trip.

Instead of heading to Florida, he and his wife, RoAnna, and their high schoolers headed west. 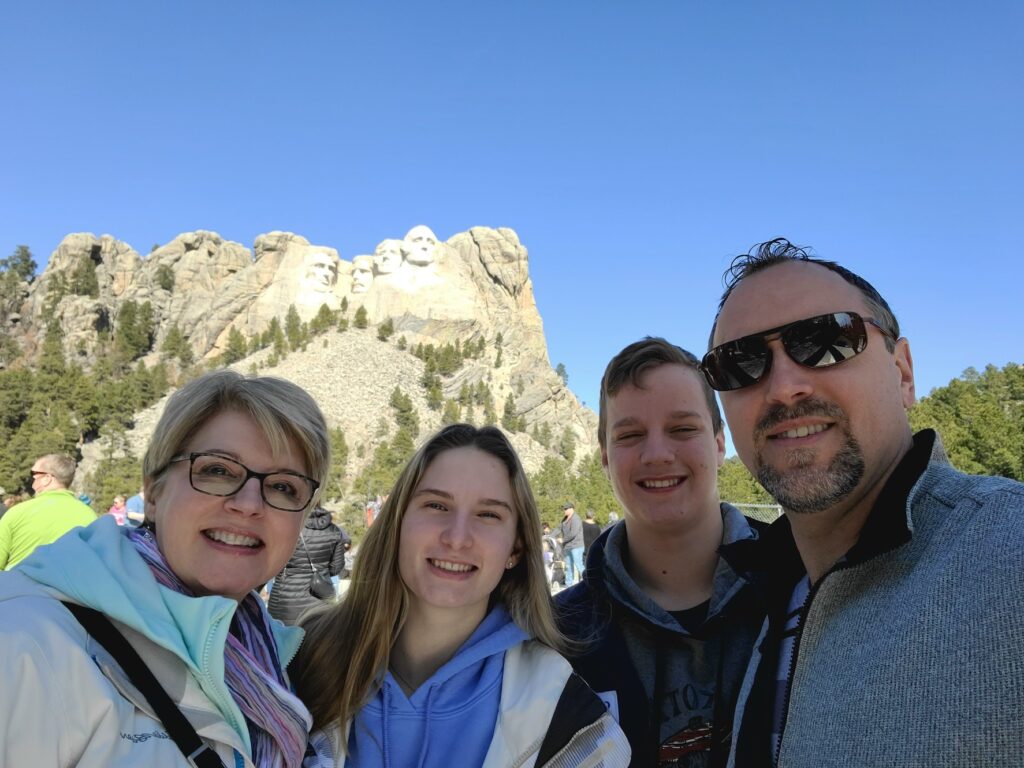 “I started talking to clients and got great recommendations for places to go, and the family jumped on board,” he said. “So in March, we made a trip to the Black Hills and checked out the sights and had a ton of fun. Little did the kids know, but my wife and I were contemplating a move out here.”

Meanwhile, “the whole time we were on vacation, our son kept saying we should move to South Dakota, and we just looked at each other,” Brummel said. 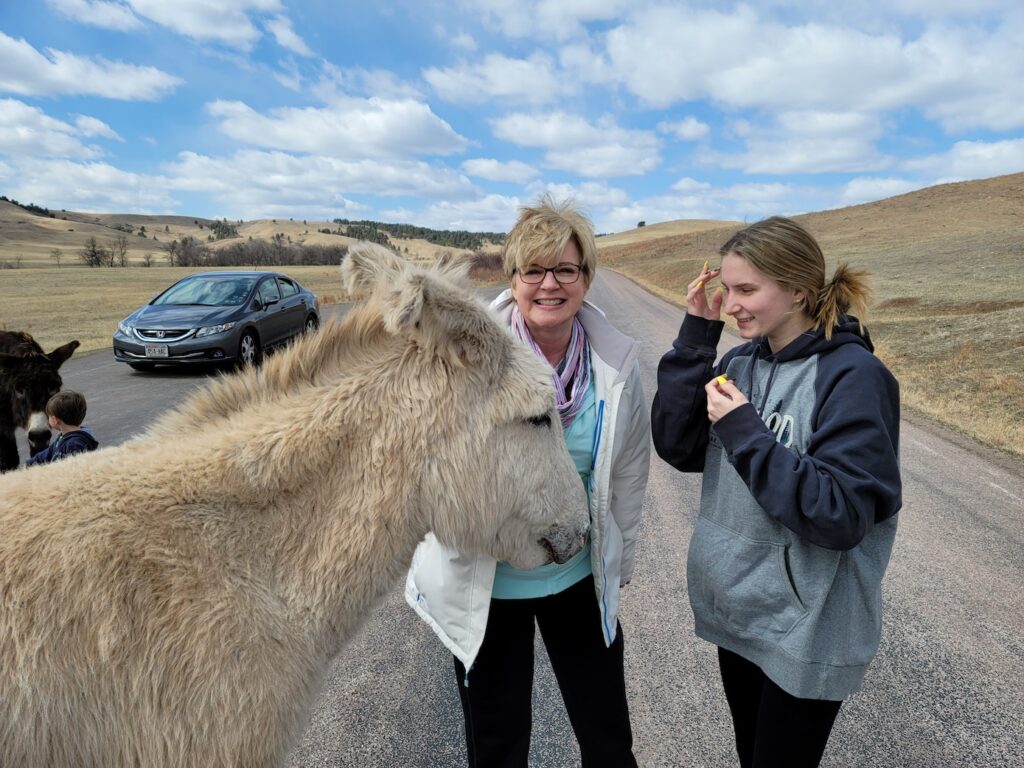 They weren’t sure their daughter, who was heading into her senior year of high school, would feel the same, but that changed too.

“After we got home, we began having conversations with her, and she was telling us how at school things were difficult and she couldn’t wait to be done with high school and go on to college,” he said. “That gave us the confidence she’d be OK with a move, and when we told the kids what we were thinking, they said, ‘Yeah, let’s do it.’” 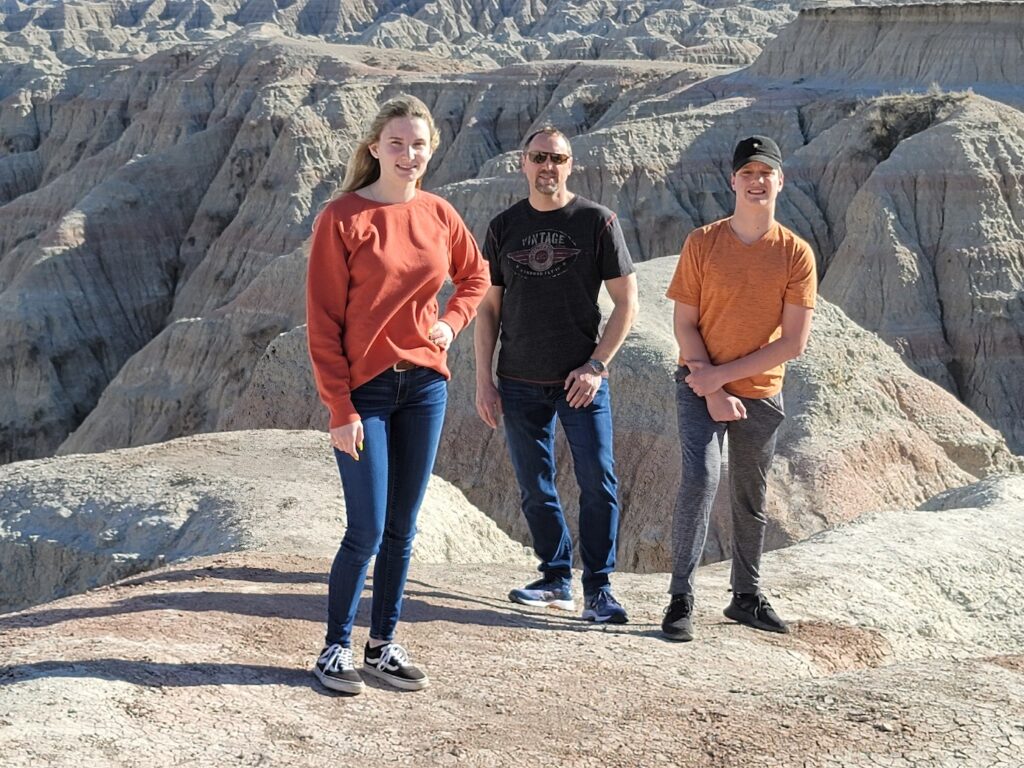 They officially made the move in mid-August, enrolling their kids at Bishop O’Gorman Catholic Schools and connecting with the Catholic Men’s Business Fraternity, which helped Brummel meet others early on.

“I got connected with helpful, awesome people,” he said. “Including a real estate agent and an attorney to help move my business. The school has been an excellent experience and made a huge difference for our kids, helping them integrate and making sure they got settled with the right classes.”

That’s not to say there weren’t some transitional challenges. Their house in Minnesota took longer to sell than expected, and they caught COVID-19 in the middle of the move. But now, even his daughter said “she has made better friends here than she had in high school in Minnesota,” Brummel said.

“It’s just great. Quite honestly the hidden secret about South Dakota is the quality of the people. They’re just authentic.”

His daughter just found a part-time retail job and plans to stay in South Dakota for college, attending SDSU. His son is looking for a summer job and also has made good friends already, he said. After renting while house-hunting, the family just moved into a home in Harrisburg. 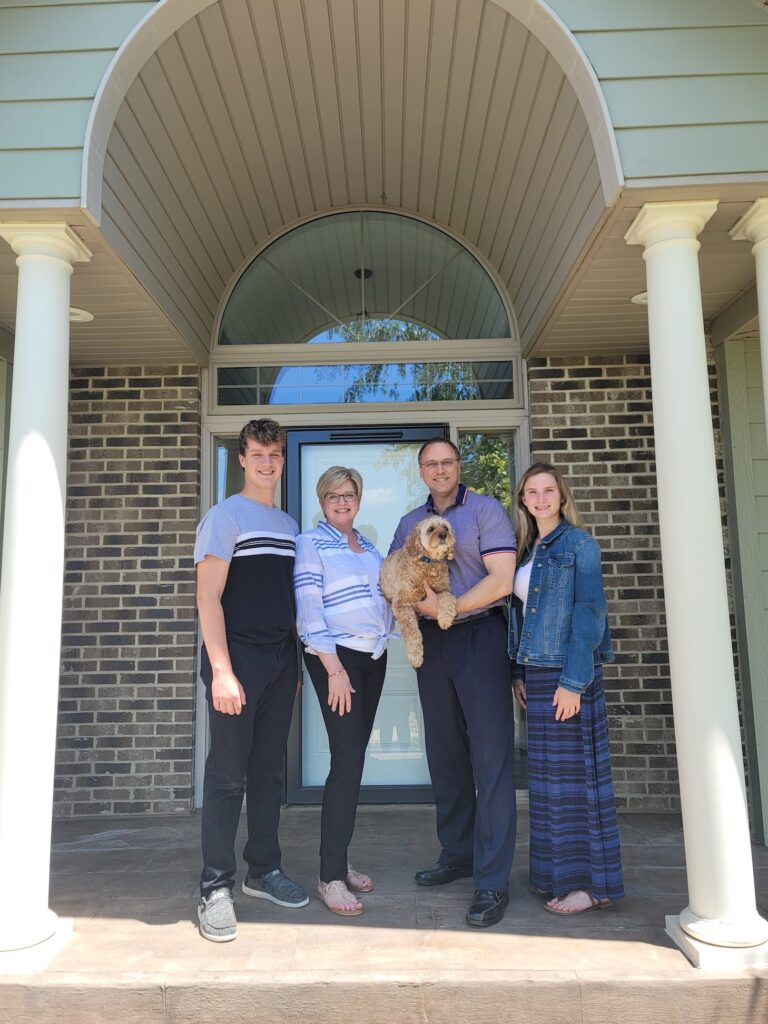 “It took us some time to get a feel for the housing market, but we found a place with almost 2 acres and a private backyard, and we’re super excited,” Brummel said.

The next steps include getting more connected to the community, especially for RoAnna as a stay-at-home mom.

“She’s still meeting people, and that can be challenging,” Brummel said. “But we recently got connected with the Newcomers Club in Sioux Falls, and we met really great people through a couple different churches, so we’re grateful for that, and meeting new people really doesn’t seem very hard to do.”

Brummel also plans to hold an education session through his business in the coming months in Sioux Falls.

“This is considered a smaller market for something like that, and to my knowledge there’s never been any kind of fiduciary training program here like it in South Dakota, so it should be a completely new service,” he said.

“I have talked to a variety of local business leaders about this, and everyone seems to be excited that we are bringing it here.”

He’s also learned he’s the only Certified 401(k) Professional in the state, according to the Retirement Advisor University, which provides the training and certification for the designation.

“Specialists in just about every field tend to offer and do more than generalists, with better results to show for it,” he said. “This is a big reason I am excited to be in South Dakota now, to help companies here better manage their retirement plans and to improve results for their companies, leadership and employees.”

The family’s experience is indicative of many newcomers in Sioux Falls, said Denise Guzzetta, vice president of talent and workforce development for the Sioux Falls Development Foundation.

“We especially continue to see a Minnesota migration as families from the Twin Cities and beyond discover there’s a different life just a short drive away,” she said.

The culture of Sioux Falls and South Dakota immediately stood out and continue to, Brummel added.

“There are awesome people in Minnesota, but here the people are just different. I quickly felt at home having grown up on a farm in Wisconsin where there’s the same mentality in South Dakota that you help each other out, you do what you can and be a real person and do the right thing,” he said.

“I’m happy to say it wasn’t just a honeymoon feeling – the people here are great, and I think they are the best and most underrated part of South Dakota.”