Joel Kaskinen claims a “wanderlust spirit” – and with good reason.

The Michigan native’s early career ideas spanned from elementary education to speech, language and hearing and finally to public relations and communications before a passion for higher education became his direction. 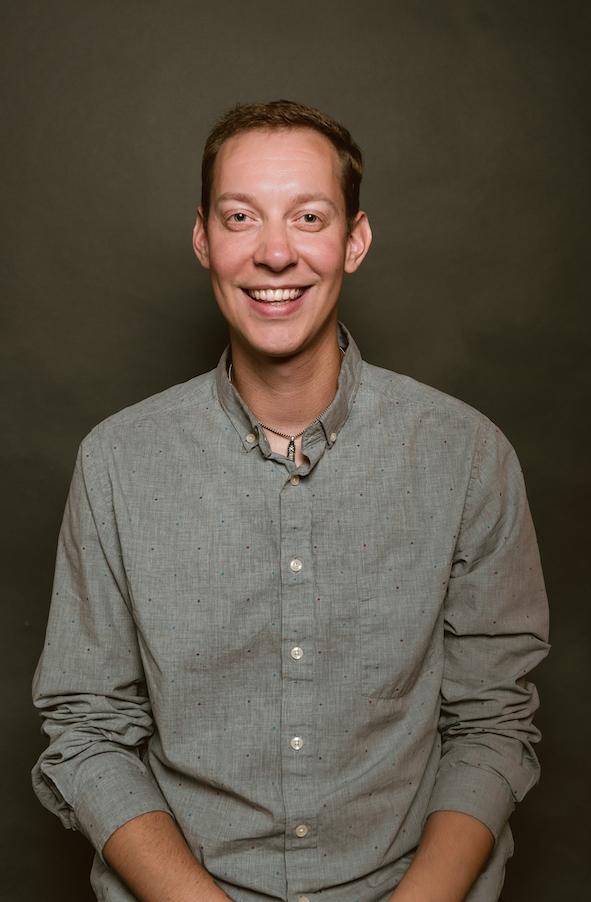 “I was an RA and orientation leader during my time at school and decided I can do communications working anything and I’m going to put that skill to use in higher education,” he said.

“I just wanted to move out of Michigan and go somewhere I’d never been and do something totally different.”

He applied to graduate schools nationwide, from New Mexico to Boston, until USD contacted him from a job application portal where he’d submitted an application. 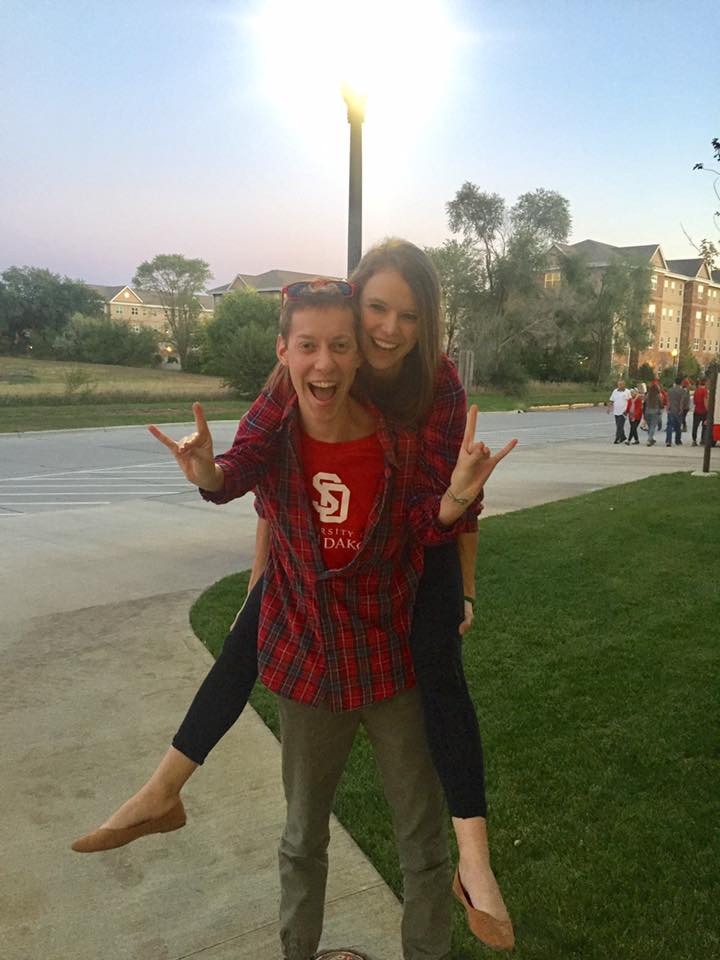 “They had some graduate assistant positions they were looking to fill and saw my profile and reached out,” he said. “I flew to Vermillion to check things out. It was a small town, not really what I was looking for, but I had great faith in the people who had reached out to me, and I loved the campus and the students and said I’m going to try it. Why not?”

That was in 2016. To be honest, he didn’t love everything about the experience. But he found what became the most important thing.

“The thing I loved about USD and Vermillion is it brought me my closest friends,” Kaskinen said. “My closest friends are here. Everyone I hold nearest and dearest I met at USD.” 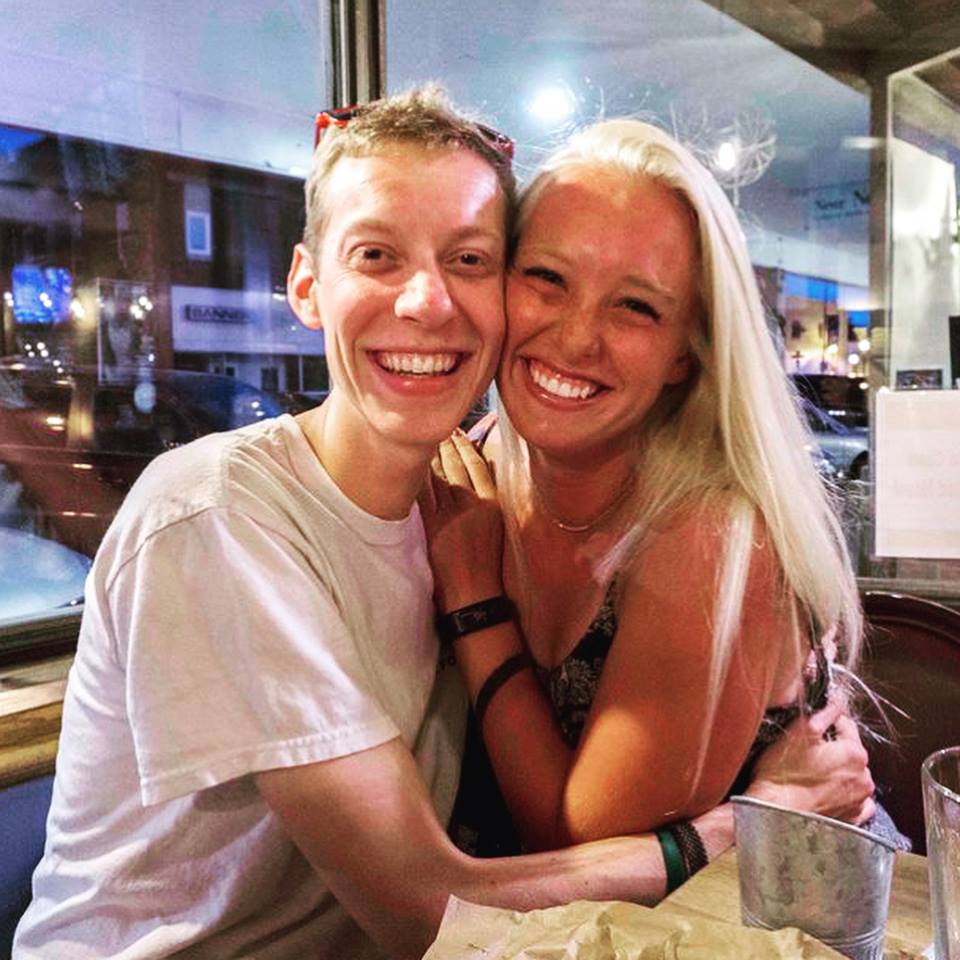 And that’s why, after leaving South Dakota for nearly four years working in higher education in Colorado, the 28-year-old came back.

“I was going through some mental health stuff,” he shared. “And I wanted to be with people who are going to uplift me and fulfill me. So I came to Sioux Falls.”

In Colorado, he’d experienced tragedy three times – losing three students he worked with to suicide in a year.

“It really kind of broke me in terms of my morale and my spirit,” he said. “I didn’t feel like the community I was living in supported mental health. I didn’t feel like I had the resources I needed. I wanted to support the students, and that weighed heavily on me. I faced my own suicidal ideation and self-harm, and it led me to leave.” 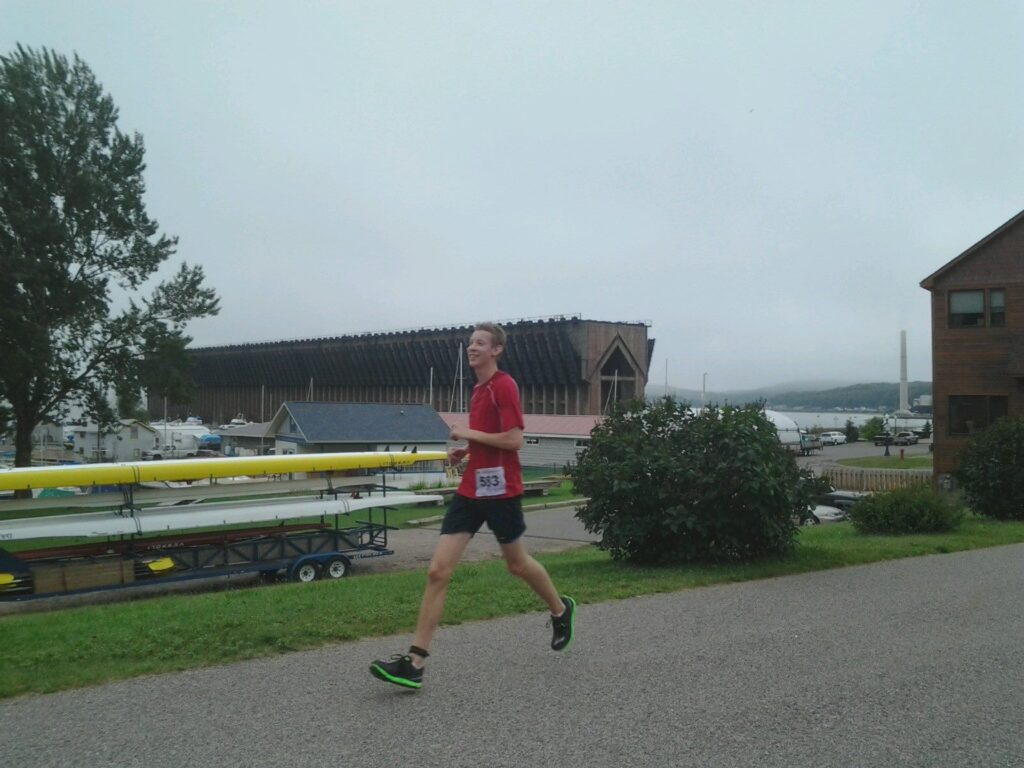 Since coming to Sioux Falls early last year, “it’s been incredible,” Kaskinen said. “It’s really easy to make connections here, and I already feel like I’m integrated into the community and into this city.”

He also has found a job that is bringing him both fulfillment and healing.

Kaskinen is the community engagement coordinator for Lost & Found, a nonprofit whose mission is suicide prevention in young adults.

“I love my job because it’s really impactful and purposeful,” he said. “It’s something I hold near and dear. I turned my pain into my passion. We have lot of work to do and growth to make happen, but I do think we have opportunity for growth and movement.”

Just as important, he now feels part of a community that care about mental health, he said.

“I was living a shell of the person I am,” he said. 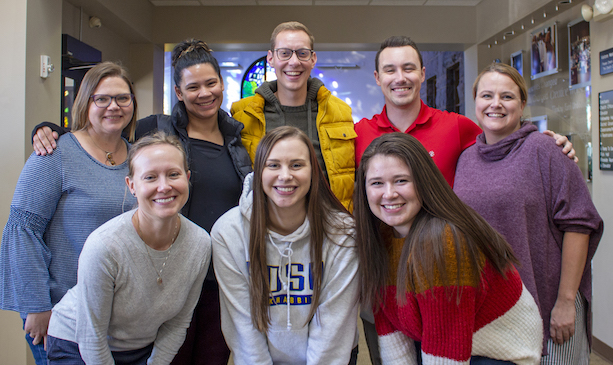 “I was isolated in my apartment and lost that luster for community, and being here in Sioux Falls – totally uprooting myself and distancing myself – has helped me be able to share my story. Being around a community that supports mental health fosters and perpetuates this vulnerability that allows me to feel comfortable sharing, and honestly it’s helped heal me and realize my work is important and impactful.”

Additionally, he now sits on multiple task forces and coalitions in the city and is helping with communications and social media for a new professional women’s soccer team coming to town. 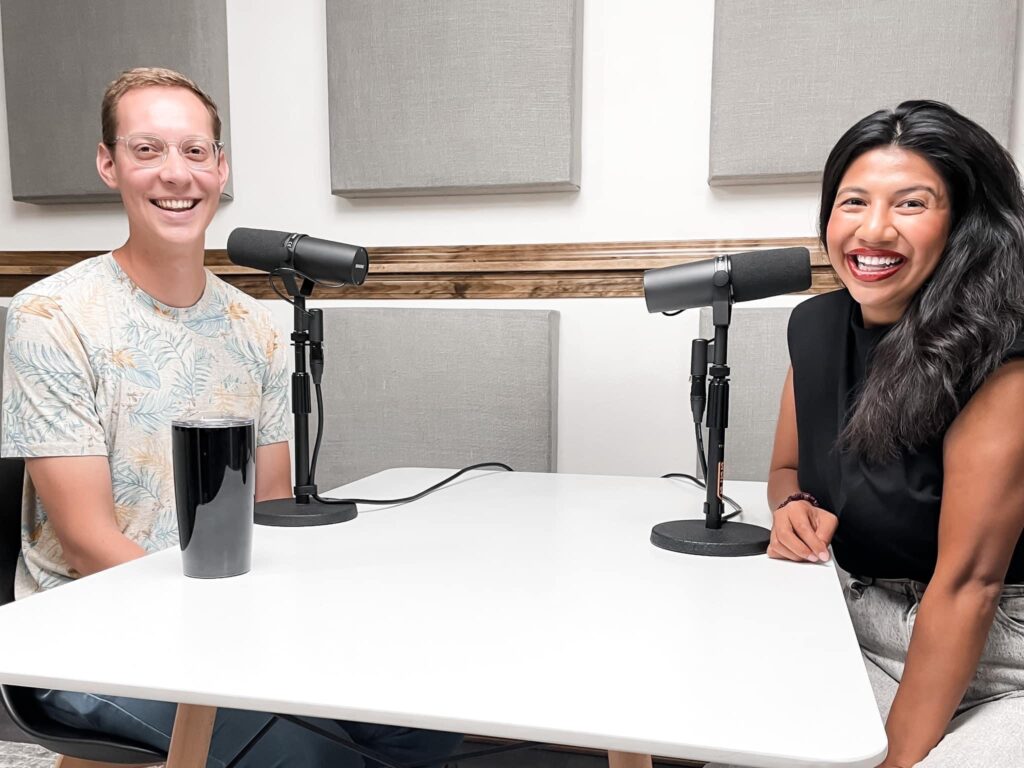 “I feel like I can always find a friend,” he added. “Whether it’s in line for a beer at Fernson or walking through the Pavilion, it’s easy to find a friend. And honestly, it’s the thing I was most nervous about. I had my close circle but knew I couldn’t always hang out with them. But I’ve gone to events, networking, the Young Professionals Network, and I’ve made good friends.” 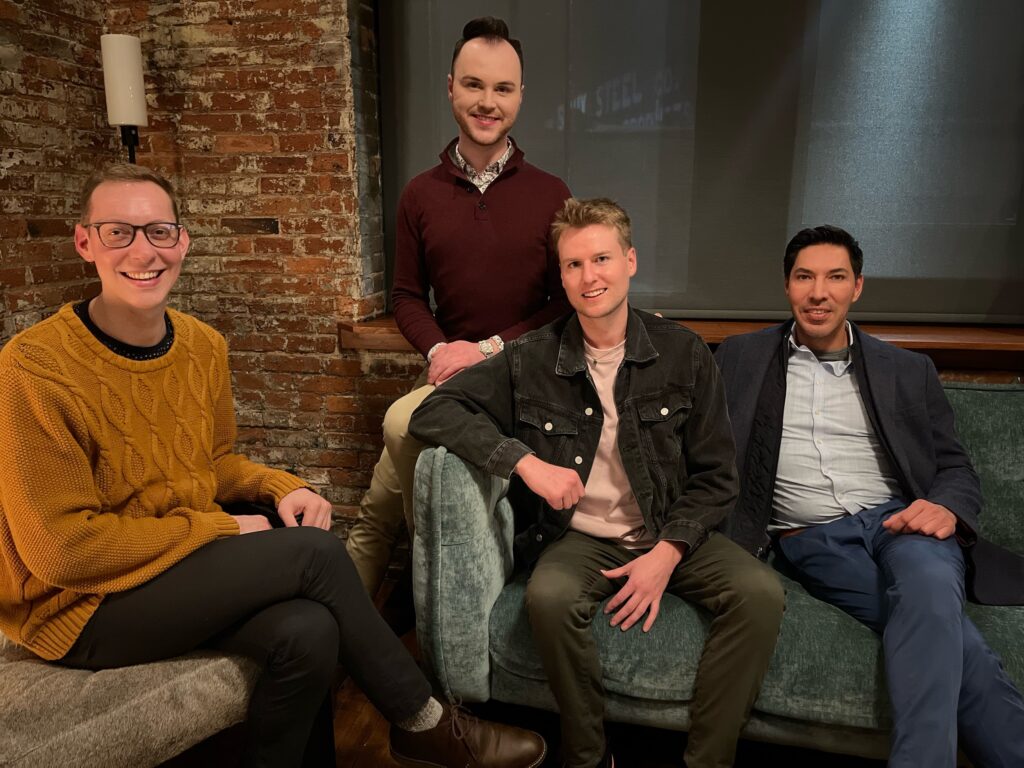 His experience is one that others can replicate in Sioux Falls, said Denise Guzzetta, vice president of talent and workforce development for the Sioux Falls Development Foundation.

“Community, career and cause is the mantra for this generation, and Sioux Falls delivers it,” she said. “We couldn’t be happier that Joel is healthier and happier in Sioux Falls. He’s absolutely right that the support system exists here for your career development, your personal growth and your social life. We can’t wait to see how he continues to help build our community.” 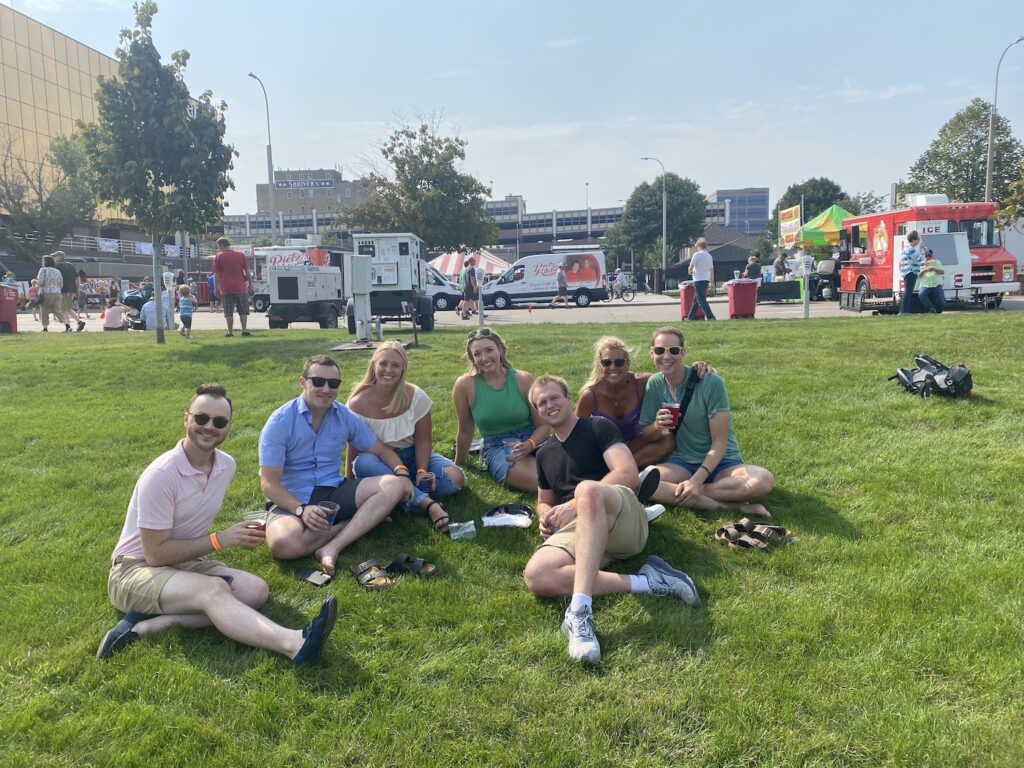 While at USD, Kaskinen would spend the occasional weekend in Sioux Falls but said he has been happily surprised by all he has discovered since moving here.

“This is the biggest city I’ve lived in, and there’s an abundance of opportunities, whether it’s a show at the Pavilion or State Theatre or Orpheum, last summer I started going to free concerts at the Levitt, I’m a huge runner so the trail system is awesome, and the River Greenway is something I love to do,” he said. “And I was pleasantly surprised by the amount of new food and drink and my new fun cultural options. I love that too.”

Are you looking to make a move to Sioux Falls? Email deniseg@siouxfalls.com or visit siouxfalls.com to get connected to opportunities in your field.