The Sioux Falls Development Foundation is pleased to report recent land sales from Foundation Park and Sioux Empire Development Park VIII. We experienced a strong close to 2021, and are looking forward to a busy 2022! 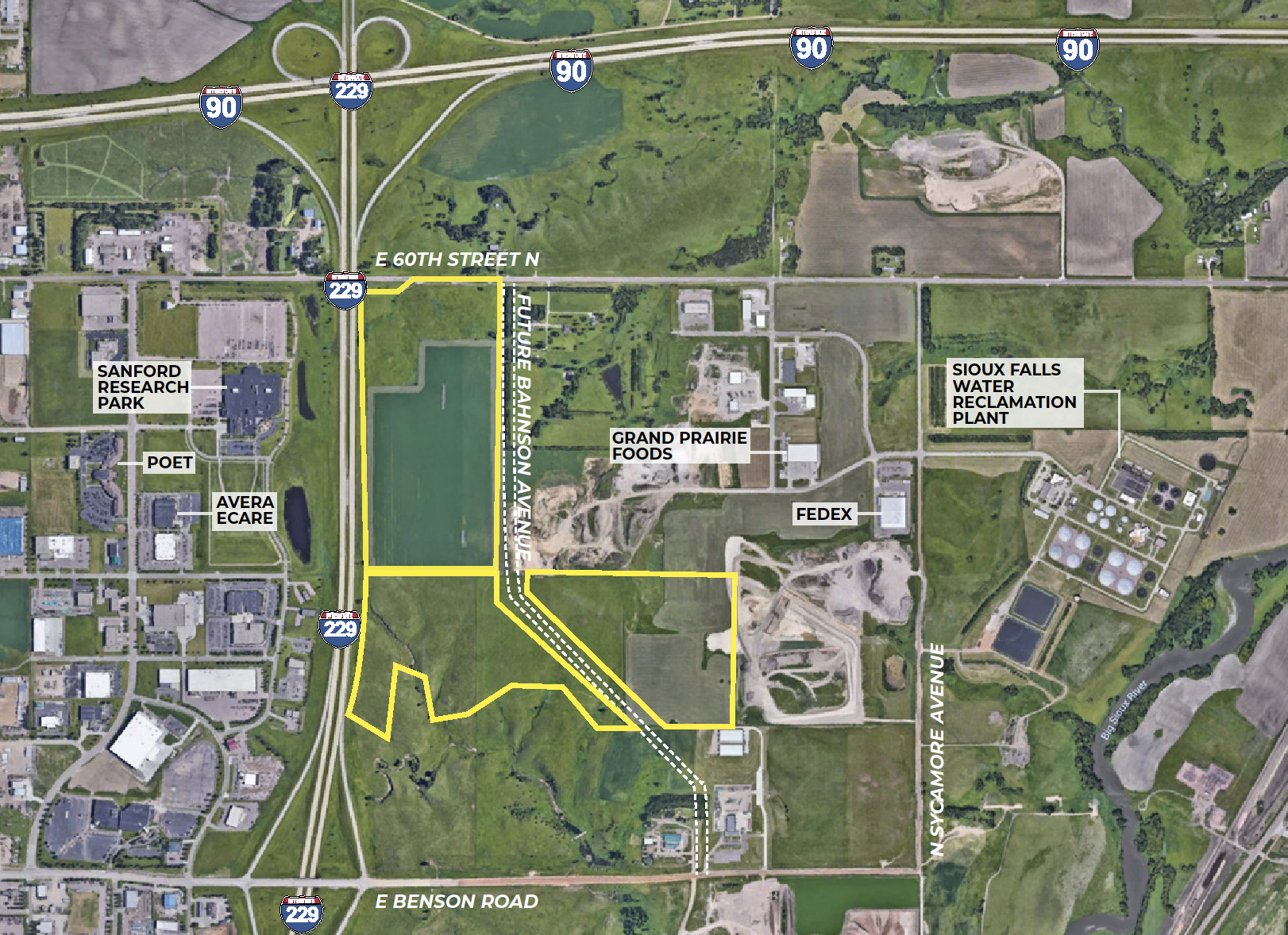 Located between Benson Road and 60th Street North, Interstate 229 and Sycamore Avenue, Park VIII has seen strong interest within the past year. As a result, the SFDF has identified the need for bringing additional shovel-ready, non-rail sites online.

The expansion of Park VIII involves grading and building out Bahnson Avenue from Benson Road (near the Sioux Falls Area Humane Society) through the park to 60th St. North. The SFDF has engaged Runge Enterprises as the grading contractor.

This project will bring roughly 180 acres of contiguous non-rail lots online, with grading work being done on the 50-acre and 36-acre sites.