This was the deal: Move his family to Sioux Falls, open a couple of cookie shops and move on in a few years.

Colby Wilson and his wife, Janessa, had never been to the city before when the topic came up last winter. He was a project manager for a health system in Idaho; she was moving toward nursing school.

But when his childhood friend Brock Stokes approached him about helping expand Crumb Cookies to Sioux Falls, he was ready to listen. 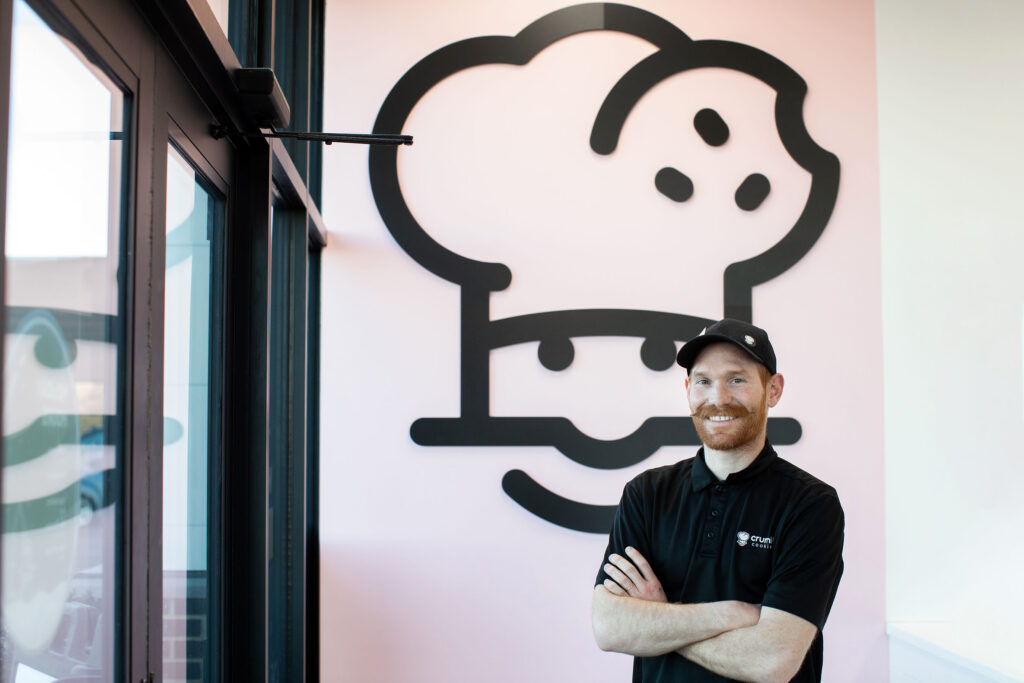 “I had been in college at Utah State where Sawyer Helmsley started Crumbl in 2017, and I knew him from playing baseball growing up, so I had kept my eye on Crumbl, and I knew they had something going, and I wanted to be a part of it,” Wilson said.

“Brock told me he had just franchised some locations in Sioux Falls and was looking for someone to manage them, so after talking about what Sioux Falls had to offer, it got us really excited, and my wife and I decided to pursue the opportunity.”

They visited for the first time in early May before making a final decision.

“We wanted to be in the community and go to church and see what it would be like to live here, and we absolutely loved it,” he said. “It was a lot of fun on Phillips Avenue, and we had an opportunity to attend a local church and got to know some folks who were super friendly. Good food, good people, we couldn’t stay away.”

They moved in July and opened Crumbl Cookies at the end of the month to record crowds. 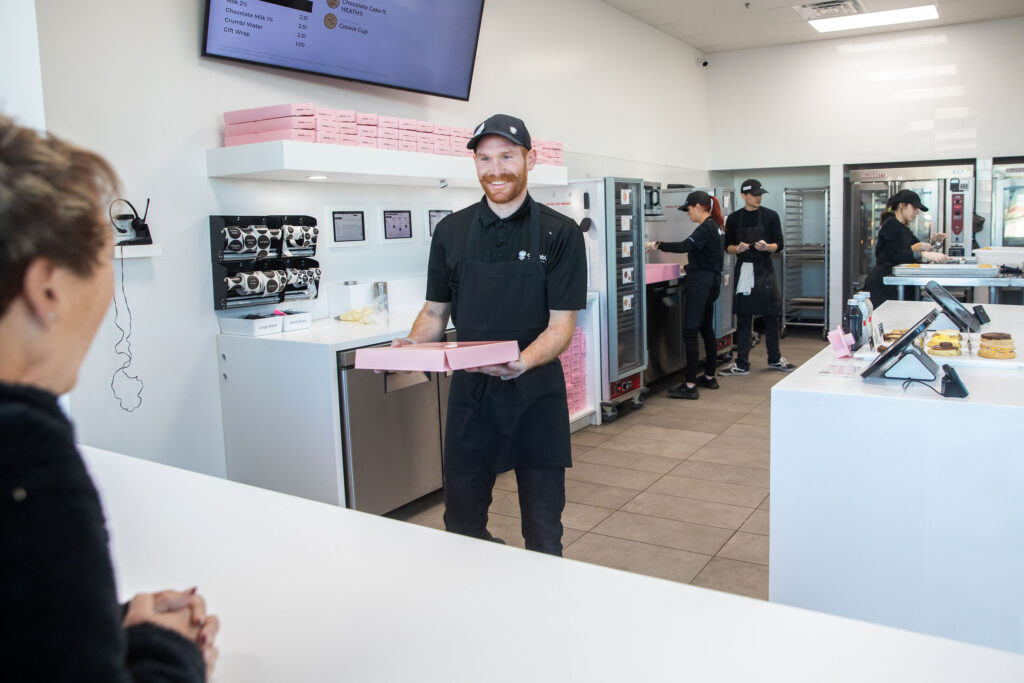 “As soon as the store opened, this community was so fantastic,” Wilson said. “Let’s just say Sioux Falls loves our cookies. It was absolutely insane.”

And the Wilsons soon realized they loved Sioux Falls enough to buy a house right away. They’ve moved into a west-side neighborhood near Roosevelt High School and have connected to the community in a big way. 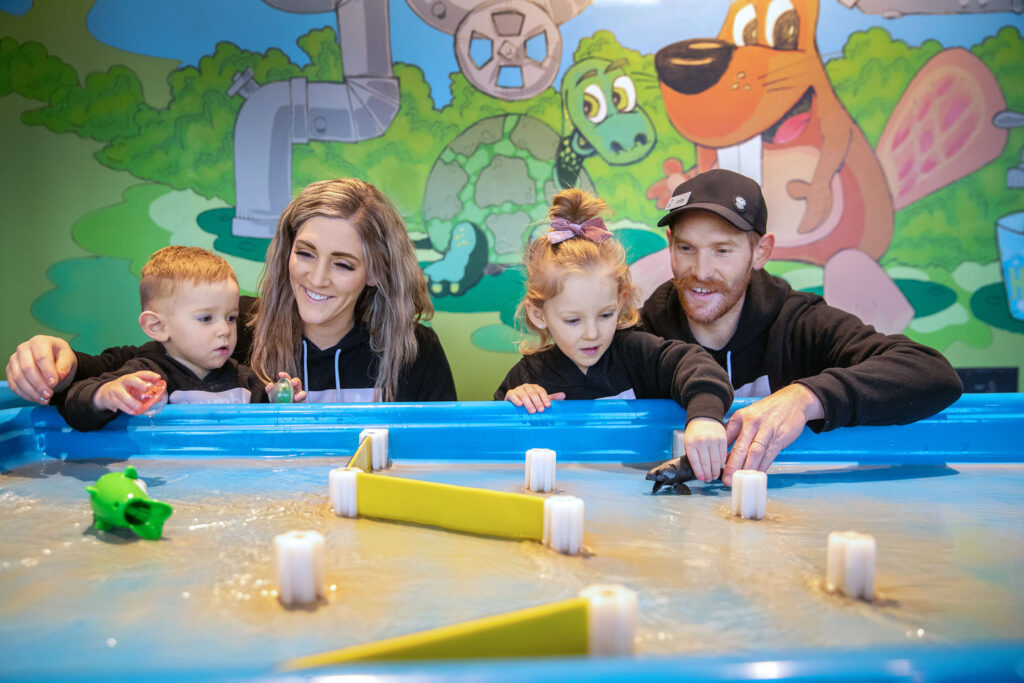 “We’ve got season passes to the zoo and spent a ton of time there, the Pavilion, Butterfly House & Aquarium. We have a membership at Sanford Wellness, so we spend a lot of time at the pool,” he said. “I’ve started to do a little cycling – I’ve been a runner in the past – and there’s a fantastic trail system, and we love dogs. The dog parks here are absolutely fantastic. And we have two small children, so it’s been fun having access to so many parks.”

“It’s been tough being away from family, but so quickly we’ve gotten friends and people we consider family,” Wilson said.

The family’s experience is one shared by many others, said Denise Guzzetta, vice president of talent and workforce development for the Sioux Falls Development Foundation.

“We hear this continually – once families discover Sioux Falls, they become connected to this community easily and in many ways,” she said.

“In Colby’s case, it’s especially fun to see he moved for a role in the retail industry and is experiencing such a good fit. We have so many outstanding retail opportunities, whether you’re looking to be an owner/manager or grow your career on the culinary or customer service side. You don’t hear as much about people relocating for these roles, so Colby is an example of why it’s absolutely something for retail professionals to consider.” 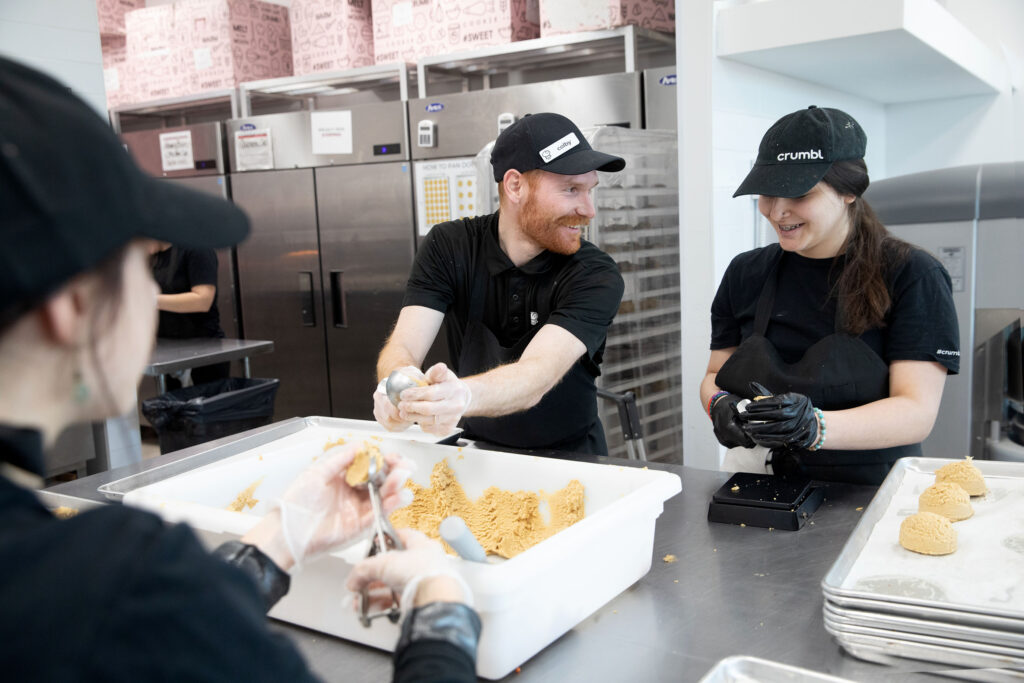 It has been so busy at Crumbl, Janessa has been helping out there while still exploring options for nursing programs.

“She wants to pursue an advanced nursing degree, and there are tons of options,” Wilson said. “Pick a university, and they’ve got a good program. It’s just tailoring to our schedule and how quickly she wants to go through a program.”

The coming year will bring new developments on the cookie front, too, as the Wilsons are helping open the city’s second store at Dawley Farm Village later in the year. 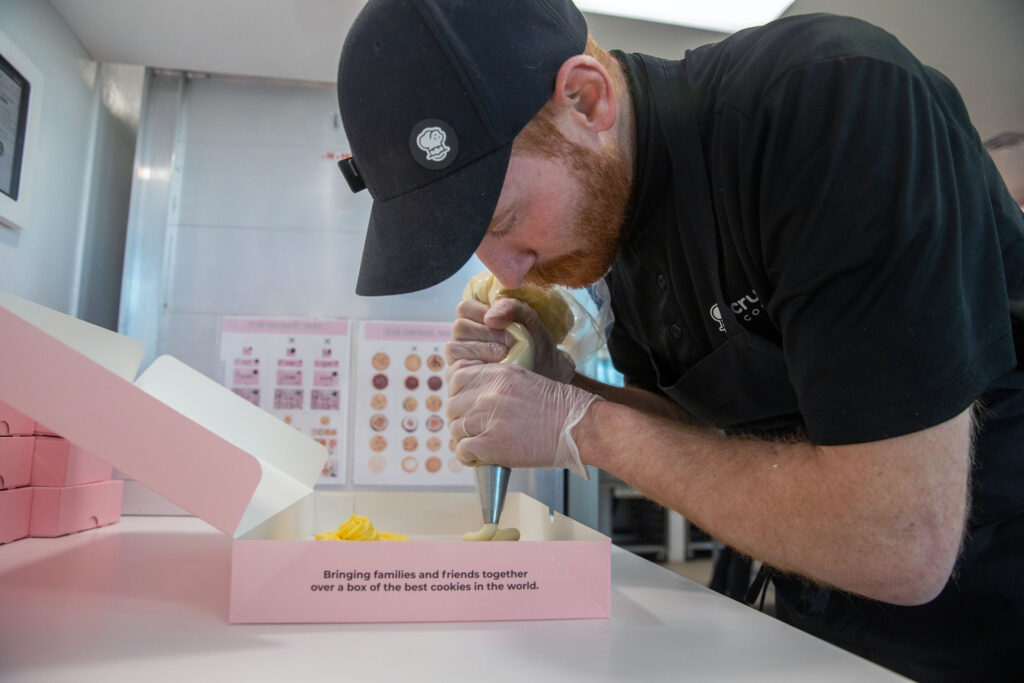 And as for the original agreement – spending two or three years in Sioux Falls – that could be changing too.

“We truly are enjoying it so much that my wife is starting to talk about five- and 10-year plans and committing to this community,” Wilson said. “We’re all-in on Sioux Falls. We’ve dug ourselves into the community as quickly as possible. We love it.”