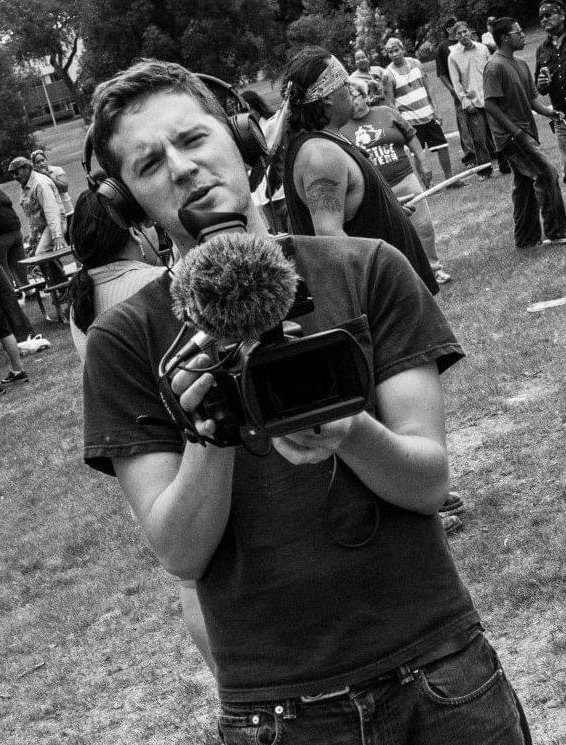 When 2020 started, John Larson planned on spending much of the first quarter in Kenya, Africa, shooting a project for Netflix.

Working from a refugee camp in what he calls “a very remote place,” he was putting in 14-hour days and didn’t have much internet access.

Flying into Nairobi in March, “I remember landing at the airport and seeing everybody had face masks on,” he said.

“We got our stuff off the plane, and they took our temperatures, and we found out COVID was happening.”

When he returned to New York City, where he had lived for nearly a decade, film work he’d lined up “was like cancel, cancel, cancel,” he said. “It was the week they were shutting down the city, and you felt like you were in a zombie movie. It would be noon, and there were no cars on the street.”

He’d planned a trip back to his native South Dakota for a family memorial service, so he flew out, and when he landed, his business partner called “and said ‘you might as well just stay in South Dakota because we’ve had every job cancel until August.’ This was in March,” Larson said. “And that’s when I came back to South Dakota, and I haven’t really left since.”

It has been an unlikely homecoming for Larson, who grew up in Chamberlain and graduated from USD, but one he’s enjoying.

As a kid, he never saw a job as a filmmaker as a career path. But working on a documentary during college sent him in that direction.

While studying film and journalism at USD, he began as a production assistant for “Warrior Women,” a documentary featuring the story of Madonna Thunder Hawk, an early American Indian Movement organizer, and her daughter Marcy and their nearly 50 years of activism.

“And I ended up working off and on for a good three or four years, first as a PA and then doing additional camera work, and eventually I was credited as a cinematographer and associate producer on the film,” he said.

“It was shot in South Dakota but brought me to New York City because that’s where they were editing the film. Half the film team was from New York City, and they needed help with the initial editing, and it just lined up.” 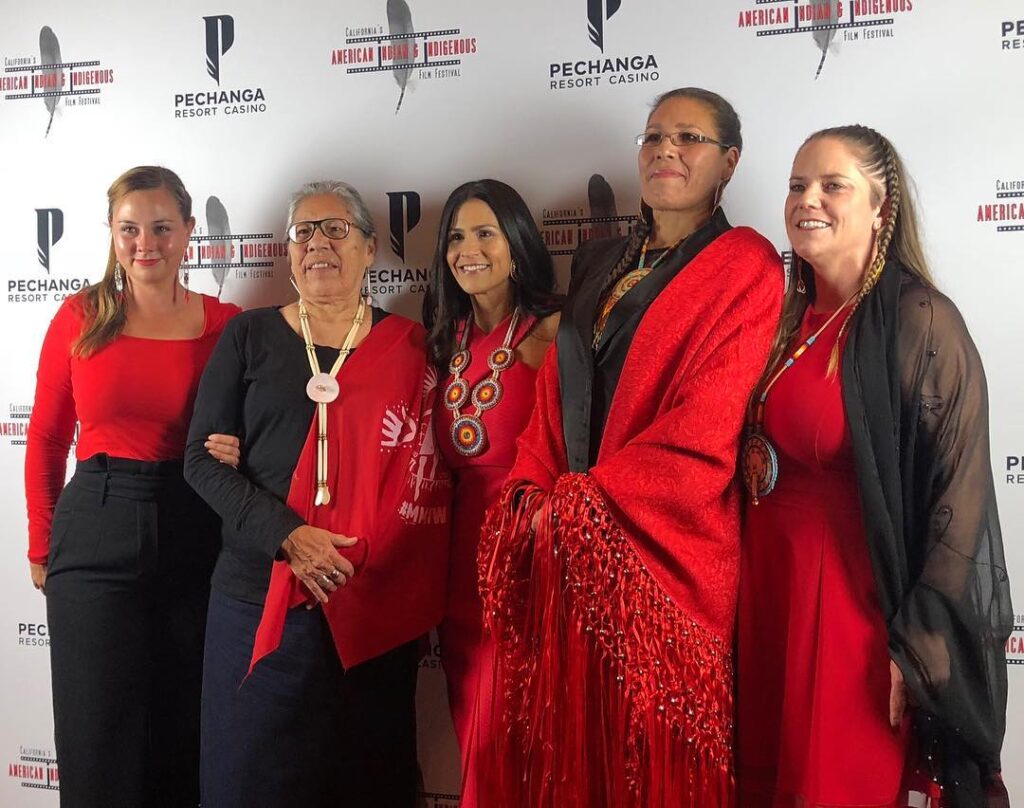 It was shot in South Dakota but brought me to New York City because that’s where they were editing the film. Half the film team was from New York City, and they needed help with the initial editing, and it just lined up.

The documentary was nominated for a prestigious Peabody Award and led Larson to a yearlong fellowship in Brooklyn, N.Y., at UnionDocs, a center for documentary art.

“After that, I basically had to start over at square one, first as an assistant, then a production assistant, then I gradually was able to work my way up,” he said. “Eventually, I became a director of photography, but it was very hard coming from the Midwest and not knowing anybody out there. Many people go to school there and have family in the industry, so they have a built-in network, and I had to build it from scratch.”

It led him to a variety of corporate work and commercials, along with work on the documentary short “Edith + Eddie,” the story of 96-year-old Edith and 95-year-old Eddie, who are America’s oldest interracial newlyweds. Their love story is disrupted by a family feud that threatens to tear the couple apart.

“We ended up working on it two years thinking it would be a long feature film, and it ended up being a short,” he said. “And they didn’t really need anything I shot after my first day, so it was a crazy thing.”

But it was successful, winning multiple film festivals and even being nominated for an Academy Award.

“For me, the coolest thing was it got into a pretty prestigious cinematography festival in Poland, and they actually flew me out to be at the festival and talk to people,” Larson said.

Back in Sioux Falls, he sees opportunity to build on his filmmaking career.

“There’s a lot of things I’d like to do in South Dakota, film-wise,” he said. “South Dakota is a very interesting place, and I don’t think it gets the attention it deserves. I would like to try and see if I can do some more projects here.”

He has been splitting time between Sioux Falls and family in Chamberlain but is trying to relocate to Sioux Falls on a more full-time basis. 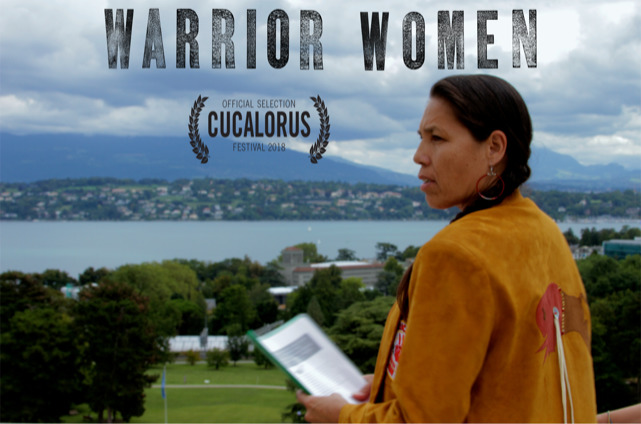 “I used to see Sioux Falls as like a suburb without the city – I felt like the whole town was a suburb – but now it feels like it’s starting to have that city part,” he said. “I was never that into the restaurant scene before, but now I feel like it’s very up there and diverse.”

While he has been limiting exposure to the city during the pandemic, he can tell already “life is a lot easier here,” he said.

“One of the reasons I left New York is I was paying $2,000 a month for a one-bedroom apartment, and it was not a nice place. For half that, you can get a really nice one-bedroom apartment here. You can actually go to the post office and leave in under half an hour. So there are conveniences to life you can have here that are really nice and you can’t quite get in the city.”

“As a filmmaker with his experience and achievements, it’s going to be exciting to see where John decides to focus his talent,” she said. “But there absolutely will be interest in working with him, and he’ll also find it’s very easy to travel from Sioux Falls when his work takes him elsewhere, while taking advantage of everything that makes this such a desirable place to live.”

More affordable housing and a supportive arts community are helping the community stand out when photographers and other artists look for a home base, she added.

“Like John said, you can afford to live here, you can still have an urban-feeling environment, and you can grow your career without feeling like you need to constantly be working a second job or going into debt,” Guzzetta said.

For Larson, the move has allowed him to consider branching out with his career and inspired him to start work on a new documentary.

“I would really like to be able to start making my own films here – about South Dakota,” he said. “For now, I’m staying.”

Want to learn more about life in Sioux Falls? 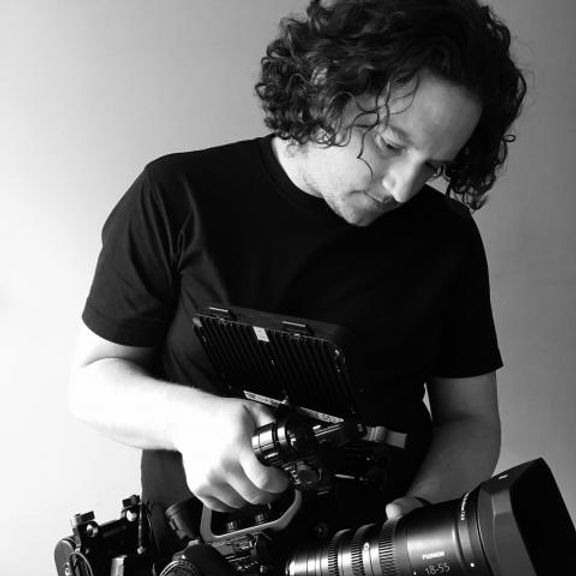