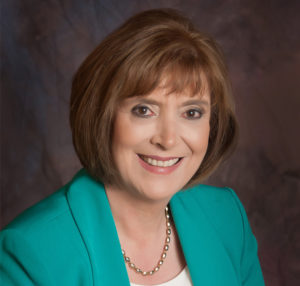 Dr.  José-Marie Griffiths is president of Dakota State University in Madison, South Dakota.  President Griffiths has spent her career in research, teaching, public service, corporate leadership, workforce and economic development, and higher education administration, with special focus on work in STEM fields.  She has served in presidential appointments to the National Science Board, the U.S.  President’s Information Technology Advisory Committee, and the U.S.  National Commission on Libraries and Information Science.  She is a member of the National Security Commission on Artificial Intelligence, part of the John S.  McCain National Defense Authorization Act for 2020. She has led projects for over 28 U.S.  federal agencies such as the National Science Foundation, NASA, the Department of Energy, and various intelligence and military agencies, with over 20 major corporations such as AT&T Bell Laboratories, IBM and Apple, in over 35 countries, and has worked with seven major international organizations, including NATO and the United Nations.  She has received over 20 significant awards in science, technology, teaching, and the advancement of women in these fields.

Since coming to Dakota State University in 2015, President Griffiths has led DSU into transformational growth and advancement, a time of rising in almost every endeavor in which the university is involved. Dakota State has seen substantial increases and profound quality improvements in student enrollment; student quality; breadth and depth of academic programs, degree and non-degree-seeking, on-campus and online; scholarship support for students; applied research & development; contributions to state, regional, and national workforce and economic development; partnerships with corporate, non-profit, and government enterprises, locally, regionally, and nationally; new construction and renovation of campus facilities, especially customization of those facilities to support the development and deployment of innovative leading-edge technologies for hands-on teaching/learning, from infrastructure to hardware/software; and private and corporate philanthropy. 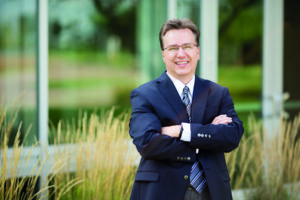 For the past twenty-five years, Robert has served in progressively responsible roles in higher education as a faculty member, department chair, dean, chief information officer, vice president, and as the chief academic officer at both Bemidji State University and Northwest Technical College located in northern Minnesota. He has served since fall 2016 as the President of Southeast Technical College in Sioux Falls.

As a first-generation college student, he is passionate about student access, affordability, and transferability.  During his time at Southeast Tech, Robert has worked with STC leadership to develop new academic programs based upon area workforce needs in industry sectors, including transportation, construction, healthcare, and agriculture, and new articulation agreements with both public and private four-year universities.

Robert is an active volunteer in the community and currently serves on the Board of Directors of Feeding South Dakota, and the Association of General Contractors of America National Workforce Task Force.

Tasha Jurrens, Human Resource Manager at First PREMIER Bank, focuses on staff retention, employee relations, HR policies and regulations. Tasha has over 13 years of experience in the field of Human Resources in a variety of roles during her time in Wisconsin, Minnesota and South Dakota, giving her a unique perspective on employee recruitment and retention in both big and small organizations. She is SHRM- SCP certified, recently received a specialty certification in Workplace Inclusion through SHRM (Society of Human Resources) and is active in the local SE SHRM organization. Tasha manages HR functions for First PREMIER’s bank locations in Sioux Falls, Madison, Watertown, Castlewood, Lake Norden and Wakonda.  A native of Wisconsin and graduate of UW-Stout, Tasha has found her place in the Sioux Falls area.  She volunteers with several organizations, currently holding the role of Secretary on the Board of Directors for His Ark Childcare Center and participates with the Career Connections program.

Since becoming the dean of the USD’s Beacom School of Business in 2014, Venkatachalam has successfully led its AACSB reaccreditation efforts. As dean of the nationally recognized business school in the state of South Dakota, he has a demonstrated track record of leadership in the areas of academic excellence, entrepreneurial thinking and innovation, fiscal management, fund-raising, and economic development.